I am reading Adam Foulds for the first time, but I am pretty impressed. You know what? When Poets write novels, they rarely disappoint. I enjoyed Dream Sequence in one sitting, it’s the type of novel I like: consumable in one sitting, has unlikeable characters, good quality writing,  the premise makes you think, and the sarcasm “twinkles” as the story moves away to the a foreseeable end. 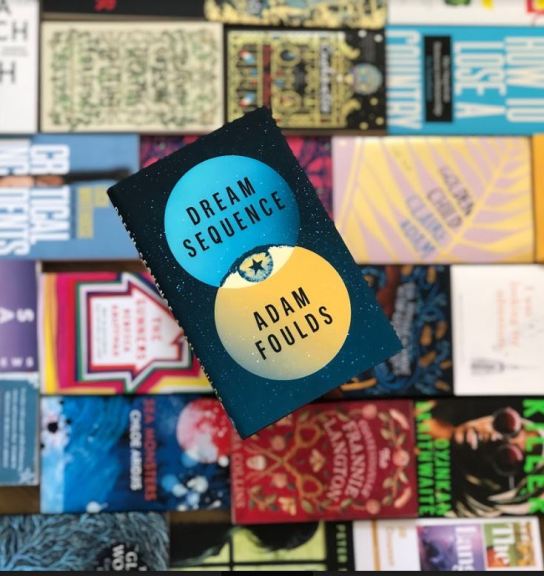 The novel opens in a Yoga class Kristin attends in Philadelphia,  the pure comfort of being a sterile first world country citizen brushes the readers face in this first chapter.

Kristin has been through a divorce, and settling in her new life in a beautiful house, a comfortable life. She’s running on the treadmill of an aftermath of her failed marriage.  She’s lonely – and she’s obsessed with British actor Henry Banks.

Henry. Henry was everywhere and nowhere, shaping everything.He was the key signature in which the music of her life was played.

Meanwhile on the other side of the world unaware from Kristin’s unhealthy and hastily growing obsession, Henry Banks nurses his own obsession:  keen to get a new role in a festival film; making a jump in his career. Henry is strikingly handsome and had success and fame on TV- but he wants what he doesn’t have: respect from his own profession.

Occasionally Henry thought that it would be nice, warm and relaxed and human, to be a little ugly, to have a face that showed personality in pouches under the eyes or a large, soft mouth, the face of a character actor, expressing suffering and humour.

Henry has been on “prime time” with a TV series but he wants “the real thing”. The desire to jump into the artsy, serious cinema burns him- he’d meet with a director that’s the well opposite of what he is: the director is ugly, obese, but he is also artsy, the “Cannes material”, not TV. Henry is desperate to kick the door to Cannes and open that channels to make him an award winning actor on red carpet. He sees the world behind a veil of what’s supposed to be “acting”.

We love to love Henry, with a equal desire to hate him- and the world he is in. Henry is shallow, but he is poster material. I loved the way the world was written through Henry’s eyes through the story. The way he calculates and assesses things were brilliantly done. His shallowness, leaked out from the pages.

This is a novel about obsession: but as well as loneliness that’s been brought by individualism, and the natural selfishness and  ignorance- almost served as a side salad in our daily lives.

I loved the Dream Sequence and if you would like reading a fine example of contemporary literary fiction, go and grab it.

Thanks for Vintage Books for a copy of this novel in exchange for an honest review.