This story starts after the world ends: The Last by Hanna Jameson

Welcome to my second from the last Blog tour, The Last 🙂 It would have been an amazing coincidence if this was the last, ha ha! 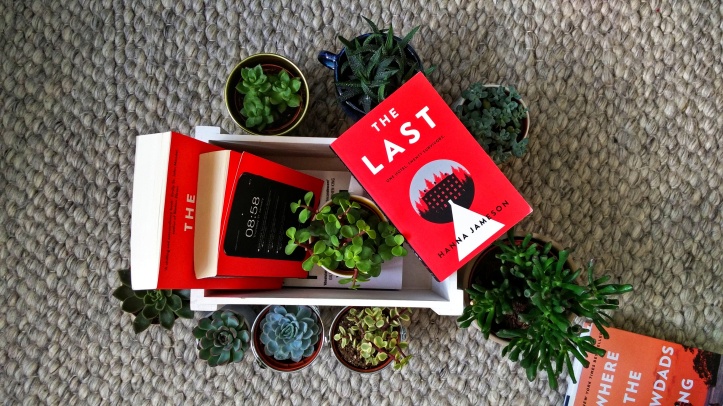 This was such a different read. I think the main reason I liked this book was that it was a refreshing subject. I was a bit let down by the murder mystery element and I think this should be read as not only a simple murder-mystery/whodunit story, but much more.

The world comes to an end after the ‘stupid’ politicians turn each other’s countries to nuclear playgrounds. Attacks on everywhere, cuts the communication, transport and destroys the order of the world as we know it. In a massive hotel building in Europe, far far away from every form of civilisation is the American lecturer Jon, stuck with some 20 strangers.

” Your family and your TV and your worries about the future and the future as you envisioned it, and your children; all gone in the space of a day, or maybe longer, but no one could know that because the internet, that big window, was gone too.
I missed it all so much , even though I hadn’t been happy.”

The story is told via Jon’s diary, he writes to keep the journal of what happened in hopes of her wife Nadia might read it one day. Obvious and inevitable socialisation with other ‘strangers’ he is trapped with, will be a curse and gift for Jon at the same time. Not long after the end of world they discover a young girl’s body in a water tank. She doesn’t look like she’s been attacked or anything but it’s clear she’s been murdered. Jon starts to investigate. Who is this girl? Who killed him and why? Alongside this investigation, the small group politics and tension boils the hotel, nearly everyone turn against each other, are get lost in depression.

Would recommend for fans of psychological dystopias and Walking Dead!

Please visit other stops of this tour as well, there are some fab reviews out there!