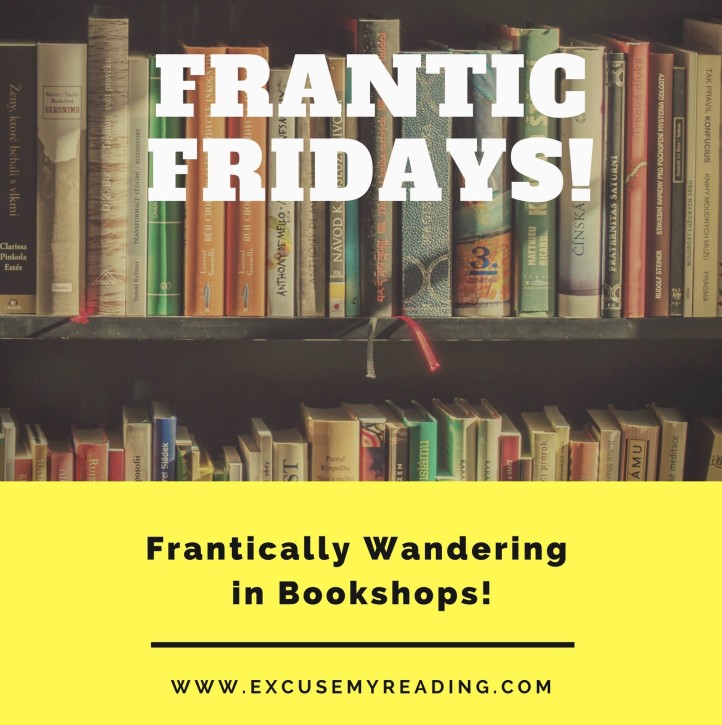 I love going to bookshops and sharing my finds! Haven’t been doing this post a while so decided to give it a go this midsummer friday 🙂

Some books have PR budget and they pop fro everywhere, in front of store shelves, sides of the buses, or posters in tube. Some books are less fortunate and you have to really browse your bookshop. I try to cover the hidden ones in Frantic Fridays! 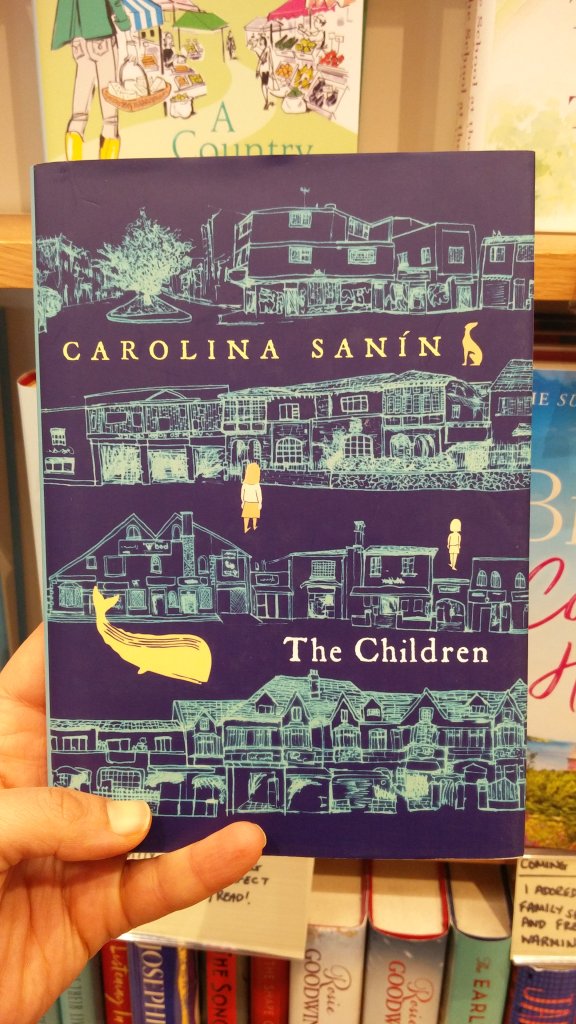 A rare find: translated book! Here is the blurb from GoodReads

One day, as she enters her local supermarket, Laura Romero has a startling encounter with a beggar, who seems to offer her a child. A short while later, in the middle of the night, she discovers a mysterious young boy on the pavement outside her apartment building: Fidel, who is six years old, a child with seemingly no origins or meaning. With few clues to guide her as she tries to discover his real identity, Laura finds herself swept into a bureaucratic maelstrom of fantastical proportions.

TBR- yay or nay : Sounds very interesting but also very sad, I feel depressed after reading about abandoned children so I’ll give this a miss.

Pieces of Happiness by Anne Ostby

Here is the blurb:

When Sina, Maya, Ingrid, and Lisbeth each receive a letter in the mail posing the same question, the answer is obvious. Their old high school friend Kat–Kat the adventurer, Kat who ran away to the South Pacific as soon as they graduated–has extended the invitation of a lifetime: Come live with me on my cocoa farm in Fiji. Come spend the days eating chocolate and gabbing like teenagers once again, free from men, worries, and cold. Come grow old in paradise, together, as sisters. Who could say no? Now in their sixties, the friends have all but resigned themselves to the cards they’ve been dealt. There’s Sina, a single mom with financial woes; gentle Maya who feels the world slipping away from her; Ingrid, the perennial loner; Lisbeth, a woman with a seemingly picture-perfect life; and then Kat, who is recently widowed. As they adjust to their new lives together, the friends are watched over by Ateca, Kat’s longtime housekeeper, who oftentimes knows the women better than they know themselves and recognizes them for what they are: like “a necklace made of shells: from the same beach but all of them different.” Surrounded by an azure-blue ocean, cocoa trees, and a local culture that is fascinatingly, joyfully alien, the friends find a new purpose in starting a business making chocolate: bittersweet, succulent pieces of happiness.

TBR- yay or nay : This to me is the perfect holiday read. I am adding this to TBR

Robert Aickman (1914-1981) was the grandson of Richard Marsh, a leading Victorian novelist of the occult. Though his chief occupation in life was first as a conservationist of England’s canals he eventually turned his talents to writing what he called ‘strange stories.’ Dark Entries (1964) was his first full collection, the debut in a body of work that would inspire Peter Straub to hail Aickman as ‘this century’s most profound writer of what we call horror stories.’

TBR- yay or nay : A big YAY! What else could you read in Halloween?? Will read this October.

Cover: The eerie cover is fantastic. Says it all!

A Life of Adventure and Delight by Akhil Sharma

Sharma delivers eight masterful stories that focus on Indian protagonists at home and abroad and that plunge the reader into the unpredictable workings of the human heart. A young woman in an arranged marriage awakens one day surprised to find herself in love with her husband. A retired divorcé tries to become the perfect partner by reading women’s magazines. A man’s longstanding contempt for his cousin suddenly shifts inward when he witnesses his cousin caring for a sick woman.

TBR- yay or nay : Although unsure, I love the concept of different people/different stories in same book so why not! Bring it on!

Cover:  The cover is the reason I picked up this book. Looooove it.

The Evenings by Gerard Reve

Twenty-three-year-old Frits – office worker, daydreamer, teller of inappropriate jokes – finds life absurd and inexplicable. He lives with his parents, who drive him mad. He has terrible, disturbing dreams of death and destruction. Sometimes he talks to a toy rabbit. This is the story of ten evenings in Frits’s life at the end of December, as he drinks, smokes, sees friends, aimlessly wanders the gloomy city streets and tries to make sense of the minutes, hours and days that stretch before him.

TBR- yay or nay : I am really unsure about this one. It doesn’t say disturbing but my spider senses say it might be.. Better watch out for what other reviewers think on this one. Undecided.

Cover:  I think this cover is the best one in this post. Retro. Love the style of illustration.

So what do you think about this books? Anything that interests you?