“Terror can fill any space”

I’ve been craving some old-school science fiction for a while now, and got my eyes on Sphere on audible’s 2 in 1 sale. I must say I’ve never read a single book from Crichton so far. I am amazed how many block buster movies are made out of Crichton’s imaginative novels and how I missed to read him this long ! 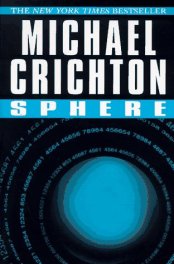 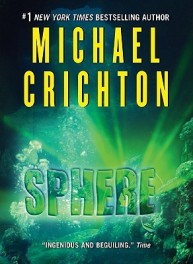 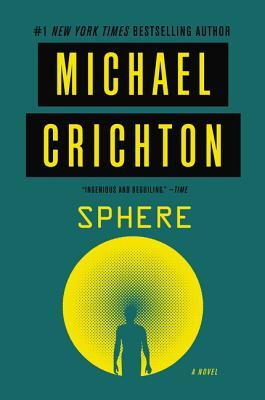 Different covers for Sphere throughout the years

Sphere is the story of a group of scientists being trapped in a submarine. Norman Goodman is a psychiatrist, one day he gets a phone call and is taken into the middle of the Pacific ocean. He thinks it’s a plane crash- so that he can offer support to the survivors. Why else would they need a Psychiatrist? Everything seems super secret… The reality is much more complicated. Deep in the ocean, there is a spacecraft. It’s estimated to be there at least 300 years.

Norman will be taken to the spacecraft in a submarine alongside Ted, the astrophysicist, Harry -the mathematician,  Beth – the Zoologist, and a couple of people from the Navy. Inside the submarine, there is also a strange sphere.

Due to unforeseen circumstances they get trapped in the submarine and cannot get back to the ocean surface. Well, after that the book becomes very claustrophobic and tense as you can imagine.

There are some wonderful ideas in this book. The dialogue is not the best but Crichton is more powerful with his ability to imagine and create then his writing I think. Considering this book was in late 80s, I am really amazed by the thought and creativity he poured into the story.

Highly skilled and clever people being trapped in the darkest part of the ocean, and facing with an unknown. I don’t want to say too much and reveal anything, you need to read and see yourself. The book is a mixture of science fiction and thriller, and also from time to time touches into horror as it scared the shit out of me towards the end. Tense. Definitely!

If you’re looking for an easy to read, hooking science fiction, then I would recommend this book.