I gave 4 starts to Andrea Levy’s Small Island on Goodreads. This is a pretty good book, seem to have won a few awards. Levy writes excellent dialogue and expertly places interesting characters in a well built Britain setting. 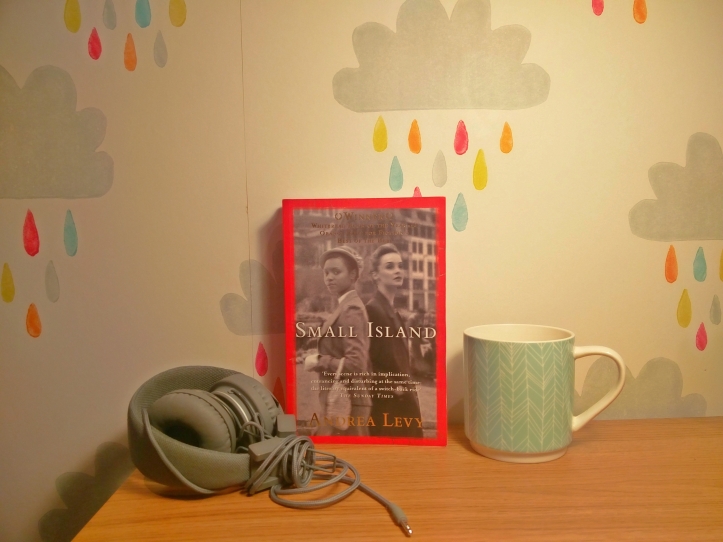 The novel focuses on 3 main characters, Gilbert and Hortense, who are a Jamaican couple, and Queenie, their English landlady. Hortense and Gilbert are Jamaicans, who are raised to believe that England, or ‘Mother Land’ is a fantastic place to live. Being a part of the ‘Empire’ the Jamaicans are considered British, with this fact unknown to most people living in England. Hortense learns English in her homeland, and although everyone in England assumes she can’t speak, or fails to understand her accent, she speaks proper English. She has a lighter skin colour in Jamaica and somehow superior to other Jamaicans.  When she arrives to the UK to after her hastily done marriage she doesn’t find the place of her dreams and equality. Everything is old, people are rude to her, weather is dreadful. She is second class, some people expects her to move out of the way, because she is of ‘colour’. I really liked Hortense, undeniably stubborn and unhappy. I loved the way her narration was written.

Gilbert on the other hand, has fought in the war against Germans but no one cares. He struggles with the amount of daily racism he faces. He is kind of disappointed with his bride. I really felt angry to racist people when I read the bits about Gilbert. Some things doesn’t seem to change, unfortunately racism still exist!

Landlady Queenie have lost her husband Bernard to war. She is probably the most likeable white character in the book. We have a slice of her background, and story evolves around her.

Racism, being an immigrant in a strange culture, loneliness, war, national identity, are the subthemes in the book. I loved the way the book ended. I always wondered how Jamaicans migrated to the UK and this was a very informative book about the subject. Andrea Levy is a good story teller with a sarcastic narration. Would love to read more from her.

scores by the time this review is written.